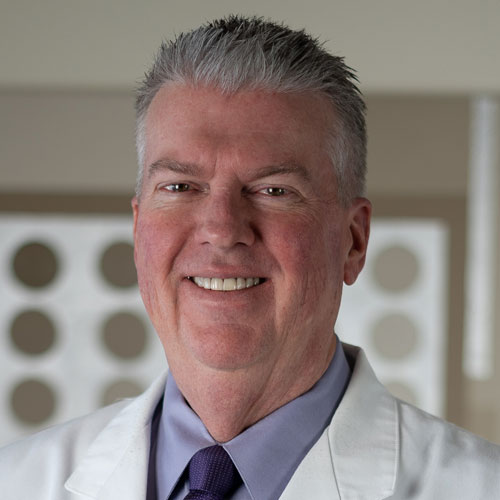 I am relatively new to Colorado medicine, having moved to the Western Slope to practice in a rural setting after 25 years of practice in Austin, Texas. I am the son of a father who became a pharmacist, then a physician, as well as a mother who was a pharmacist. Medicine has been in my lifeblood and I knew my life calling was to become a physician. My father, who practiced pediatrics and emergency medicine, gave me many opportunities to shadow him as I grew up. I followed the same pre-medical track as my father in first becoming a pharmacist. I cannot think of a more excellent foundation moving
toward medical practice.

I have been involved in organized medicine since medical school, which has included membership in the AMA. I was mentored by many fine physicians in Texas and I owe much to them for showing me that getting involved in organized medicine was truly an honor and special calling. I also discovered it is much harder to become involved than to stand on the sideline and criticize. To quote President Theodore Roosevelt from a speech given in April 1910:

It is not the critic who counts; not the man who points out how the strong man stumbles, or where the doer of deeds could have done them better. The credit belongs to the man who is actually in the arena, whose face is marred by dust and sweat and blood; who strives valiantly; who errs, who comes short again and again, because there is no effort without error and shortcoming; but who does actually strive to do the deeds; who knows great enthusiasms, the great devotions; who spends himself in a worthy cause; who at the best knows in the end the triumph of high achievement, and who at the worst, if he fails, at least fails while daring greatly, so that his place shall never be with those cold and timid souls who neither know victory nor defeat.

My practice in obstetrics and gynecology has involved all aspects of medical practice including solo, multispecialty, single specialty, and most recently as an employed physician. I have lived through the challenges of trying to run a practice, which included covering overhead when insurance companies stalled and delayed payments. There were times when I could barely make payroll. It was during those moments that the networks with other physicians available to me through involvement in organized medicine became priceless and kept me afloat during times of great adversity.

I am grateful to the physician leaders in Colorado for giving me opportunities to serve in many capacities since coming to this great and beautiful state. I feel that I am well qualified to serve as your president-elect of the Colorado Medical Society. I humbly ask for your support and vote! You can reach me via my email at pspevoto@utexas.edu.